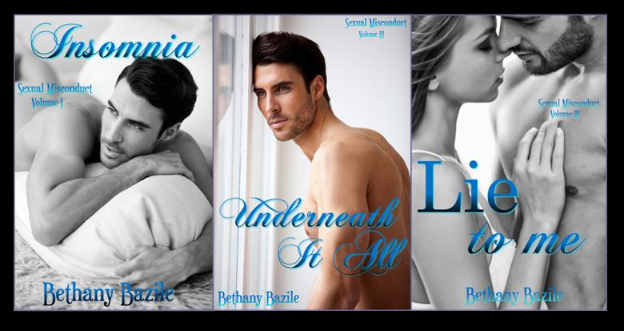 
Synopsis:
It was all too much. There was no way I could keep piling up these lies without it all tumbling down.
I was desperate to keep her, even if it meant I had to lie to her. But when everything unravels, the only thing that can save us is the truth in our love. 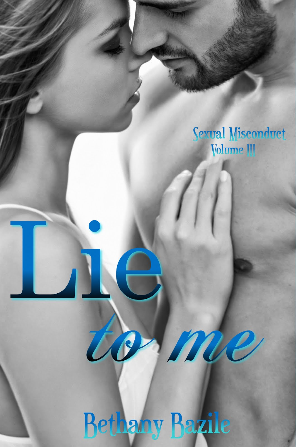 My hands were behind my back, my legs spread, Xander’s right hand over my mouth and his other in between my legs. I was sitting on his lap, my back to his chest, his hard cock nestled in the ridge of my ass. Occasionally, he’d bite my neck as his heavy breaths caressed my ear.
This was supposed to be a session. Our sessions had gotten more emotional over the weeks, but before he’d pour out his emotions, he needed to drain the physical need that always clawed at us.
I whimpered against his hand.
“Shut up or Angela will hear you. Do you want that?” His tone was blunt, his voice raspy at my ear.
I shook my head, but how was I supposed to keep quiet when his fingers were driving into me, slithering along my clit, then gliding back into my wet pussy. The man was sinfully amazing. He was fully clothed but had managed to get me to strip down to my garters and heels, on the verge of begging him to fuck me. 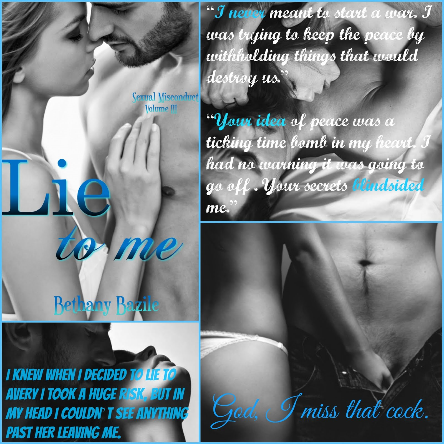 He’d spread my legs as far as I could possibly get them. He was taunting me. Ever since the day I’d sucked him off in my office and made him lose control, he’d waited for this moment. He had a leash on me. It wasn’t your typical kind either. His leash came in the form of magic fingers and a glorious cock that compelled me to follow his orders to a tee. His finger manipulations became faster, pushing against my sweet spot, then rubbing against my clit. It was just enough pleasure to keep me on the edge, and he’d kept me there for almost half an hour.
If he wasn’t careful, my next appointment would walk in and he’d still be working me with his phenomenal digits. “Pleeease…” I gasped through the hand he held over my mouth.
“Do you understand how this works?” His voice was unreasonably calm while I was riding in limbo, tasting little morsels of pleasure, but not allowed to indulge on the feast I was promised. I nodded. Anything to get him to release my orgasm from his ruthless grasp.
“My pussy. I decide when you come,” he informed me. 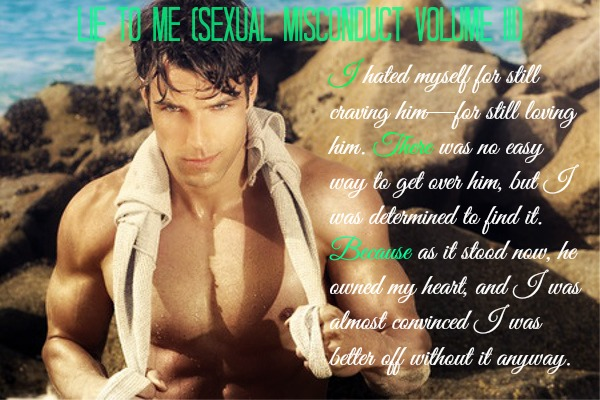 “Your dick is mine—I should… get to decide.” He withdrew his fingers and smacked my pussy for my comeback answer.
Holy fuck!
The sting buzzed against my clit. I swear I almost came from that tap. One more and I was sure to go over. Maybe I can goad him into repeating it.
“That’s not how it works. I decide when we both come,” he growled.
“When do I get to decide?” I countered.
He plunged two fingers deep into my pussy and I quivered. “When I tell you to ride my dick and make me come. Now you have sixty seconds to come, and don’t disappoint me.” 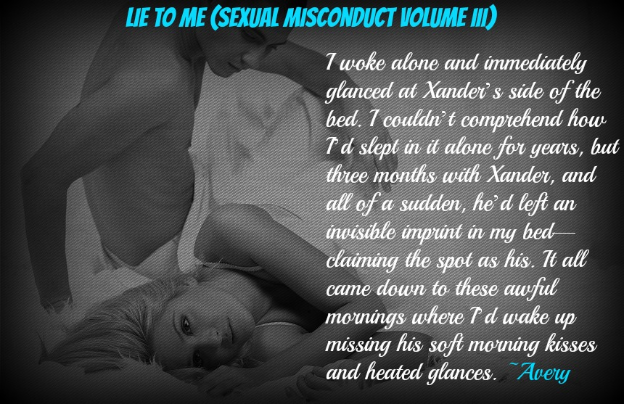 It is the third and final segment of the Sexual Misconduct Series. What a ride these stories have been. I think that we, the reader have experienced all sorts of different emotions as we made this literary journey. There was certainly arousal as the sex scenes between them were off the chart hot and filled with so very much love on both sides. There was heartbreak and sorrow as we learned about the history concerning the crash that has affected both characters and unknowingly ties them irrevocably together in ways that no one saw coming. There is anger towards him for sleeping with so many different women in the past and trying to hide his demons that way. We feel pride towards Avery as she has made such a good life for herself after the tragedy of her parents death at a young age. Mostly we feel hope and love that these two are meant to be together.


It is possible now that these two will have their happy every after, BUT of course Avery does not know their connection yet and all hell breaks loose when she finds out and of course it is not Xander that tells her and this makes it worse. Our only hope is that she is strong enough to forgive him and move on. This is what she has been telling him before she realized what crash he was referring too, that he was young and he needs to put his guilt aside and get on with his life.  Just not sure if that will include her being a part of it.


I think that this series was one of the best that I have read. I was eager to read each and every one of them. I really appreciated that the author did not keep us waiting too long for the next installment.  I like to be able to remember the base of the story while reading the next parts.  The characters were very well fleshed out and we were really able to get to know both Xander and Avery and even the roommate Ellie and her involvement in the saga.
Posted by Unknown at 13:24