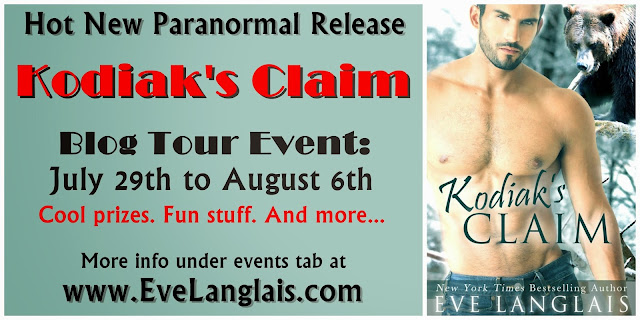 
Hands full taking care of his clan, the last thing this Kodiak bear needs is a woman poking her cute little nose into his affairs. But when she refuses to back down—and shows the courage to stand up to him—he can’t resist the allure of a curvy city girl.
She’s mine. All mine.
And when a rival clan thinks to use her to force his paw, he’ll show them why you never piss off a Kodiak, or threaten what’s his.
Tammy is convinced men are all scum, even gorgeous ones like Reid Carver. She knows he’s hiding something. Something big. She just never expected a real freaking bear hid underneath all those muscles. But when the truth comes out and he tries to scare her off with a roar, she shows him not just bears have bite.
EXCERPT;
It took a few minutes for her eyes to adjust to the darkness, and when they did, she got to admire an alien landscape of snow, the surface marred in spots by snowmobile tracks. A distant light on the garage didn’t do much to illuminate the yard, the crescent moon with its wan glow off the snow doing more for visibility. Between the two sources, she had enough light to notice movement coming from the front of the house, a lumbering motion that made its way to the porch steps. Given the proximity, she had no problem recognizing the massive freaking bear that plodded up them. And she meant massive!
Oh my freaking god.
Slowly, holding her breath, she backed away from the window lest the beast spot her and decide a layer of glass wasn’t an impediment to a fresh midnight snack. The problem was, backing away meant losing her line of sight on the bear. But she was safe.I’m in the house. The bear is outside. It can’t get to me here.
Unless it decided to come in.
Her eyes widened and threatened to pop out of her head as she noted the handle to the outside door turning. At that point rationality fled, and she frantically tried to recall what her dad said to do if ever confronted by a bear.
Play dead? She doubted she could fake that, not with fear making her tremble.
Make noise? With what? Somehow shrill screaming didn’t seem like the right approach. But what if she found something noisy to bang and scare it off?
The counter behind her was pristine, but above it, on a suspended rack, hung pots and pans. A plan formed. She’d grab two and smash them together in a symphony of noise frightening the bear—who in some Darwinian feat had learned to operate doors—and hopefully bring someone with a gun running.
She managed to only unhook one large frying pan when the door creaked open—and this was just another good reason to always have the habit of locking them, city living or not. A swirling gust of snow blew in.
Shutting her eyes, snowflakes coated her lashes and when she opened them, she couldn’t make out much detail-wise about the large shape that loomed in the doorway. Didn’t matter. Her father didn’t raise a coward, and she wasn’t about to become a midnight snack without a fight. She let out a battle cry and swung.
Thwack!
“Ow!”
That didn’t sound like a bear. Oops.
Tammy backed away as the lights flicked on in the kitchen. She blinked in the sudden glare, and the crystals on her lashes melted leaving her with perfect—and unfortunate—vision. Uh-oh. She blinked some more. Licked her lips. Wet her panties. And not in fear, even if a bear of a man glowered down at her, his irritation over the lump forming on his cheekbone probably the cause.
‘Are you seriously accosting me in my home, again?”
“I thought you were a bear,” she explained feebly with a wave to the window. “I saw one on the porch, and then something opened the door. I reacted to defend myself.”
“With a frying pan?”
She shrugged. “I had to think fast.” 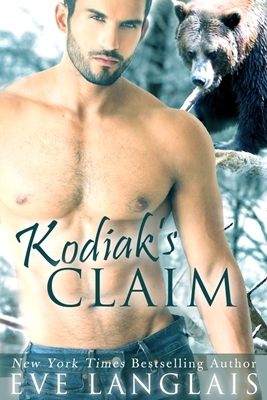 
This story was gifted to me in exchange for an honest review. I have to say “lucky me”, as I would have bought it anyway, there are some authors that you just have to “one click” on Amazon and this is one of them.


Tammy is feeling self conscious about her weight after her last boyfriend cheats on her when she finds herself sent to for her job. She is investigating the insurance claim involving missing cargo from the transport trucks that are ran by Reid Carver. He is the head of his clan and is a shifter bear. She finds herself spending the nights at his house with both Reid and his grandmother.  Now Tammy does not believe that there are actually shifters out there, and Reid and his clan do not like to publicize themselves so it is funny to watch them try to explain away the sighting that she has.


Of course she finds herself smack in the middle of danger and Reid has to rescue her. Now along the way it seems that there is a fair bit of attraction between the two of them and it has the reader wondering is they are destined to be mates.


I really enjoyed this story and found it was really easy to read. Eve Langlais has a great way with her characters and makes them so true to life and likable that the reader is able to simply just enjoy the book, the story lines all flow together so effortlessly. All of her characters are nicely rounded out and the secondary characters all seem to be very involved in the story line and I certainly hope to be able to read more about some of them in the future. I would rate this story a 5/5.
Posted by Unknown at 18:35