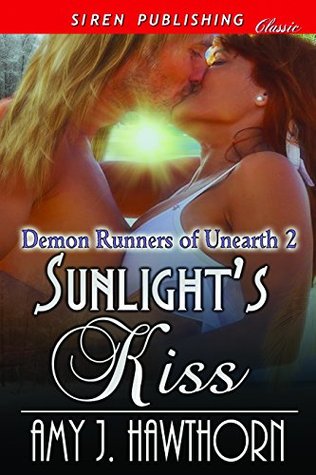 
This story was gifted to me in exchange for an honest review. It is the second story in the Demon Runners of The Unearth series. It could be a stand alone series but I was happy that I had read the first one as some of the characters make a re-appearance.


Cyril is the Demon Runner in this story, he has chosen to live out eternity in , but now he is in Limbo. This place is so much more colder than , it has freezing temperatures and constant darkness. This in the space in between. Earth is in one direction a very far space that never gets closer and Hell is just the other way, a seemingly much shorter distance.  He has gone to Limbo at the request of one of the three Sisters of Fate, to look for a misfit and guard her until told otherwise.


Calysta is the daughter of one of the Sisters and has been banished to Limbo by her mother supposedly to keep her safe and out of the way. Out of the way of what or whom nobody seems to know.


Cyril manages to find her and brings her back to his house to keep her safe. She is almost frozen solid from her time spent alone in Limbo and is now referred to as the Popsicle. She is a tough and stubborn girl that does not like to be kept in the dark about why she is there. Together they try to find the answers. In true Unearth form they encounter much evil along the way. They battle with demons and they fight for their lives a few times.


This story has a little bit of everything in it. Some yummy romance, lots of mystery and intrigue and a few demon battles in the attempt to level the forces of good and evil. I loved how the characters from the first story made an appearance. I can see how the story line is progressing and am looking forward to reading more. I would give this story a 4/5.
Posted by Unknown at 14:55