This story was gifted to me in exchange for an honest review by The Book Enthusiast.
Alex has been living a nightmare for many years now. Abuse at the hands of her step-brother Zachary who believes himself to be in love with her. Obsessively so, so much that he will ruin anyone else who even tries to get close to her. That is what happened to Rafe Mason. He got too close and ended up spending eight years in jail for a crime that he did not commit. Now he is out. And he wants revenge and he wants Alex.
Rafe comes after Alex, kidnaps her and takes her to a cottage where he puts her in a cage in the basement. He is trying to break her just like she broke him. The only problem is that Alex is already so very broken on the inside. She has been living with her own quilt for the part she played in his prison sentence and she hates that Zachary is so in control of her life. She is deathly afraid of him. 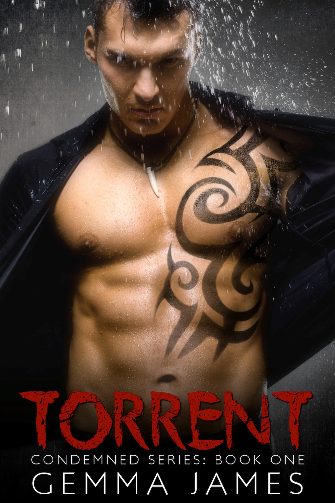 Rafe is horrible to Alex, keeping her in the house naked, barely feeding her and simply treating her horribly. He so badly wants answers to explain what had happened and why but Alex is simply to afraid of Zach to come clean.
The story was filled with emotions. The pain that Rafe and Alex have endured over the years was heartbreaking. He has gotten more bitter since he has been in jail and is a harder and tougher man now. He is not afraid to be mean to her to get the answers that he needs.
This story was very hard to read. Amazingly done, very dark, very compelling, it pulls on your heartstrings to think of what these two had suffered because of one person. Zach. He is just evil. And then I realized it. The title is Condemmed #1. And then I got to the end. THE CLIFFHANGING, wow, never saw that coming. Looking forward to, and dreading book #2, does that even seem possible. 5/5.