Jordan Hawthorne thought she had it all until a surprise for her fiancé turns into losing everything that she ever wanted. She flees her home in Charlotte, North Carolina to take a new job in the foothills of the Blue Ridge Mountains and make a new start where her ex-fiancé can’t find her. Jordan is just beginning to adjust to her new life in the middle of nowhere when a small town cowboy walks in and disrupts it all.


Tom McCloud never had time for a serious commitment, always too busy with running his grandparents’ farm. Everything changes when he stumbles upon a broken-hearted city girl and a steamy buzz ignites between them. But what happens when the city girl can’t stay hidden in the country for long? 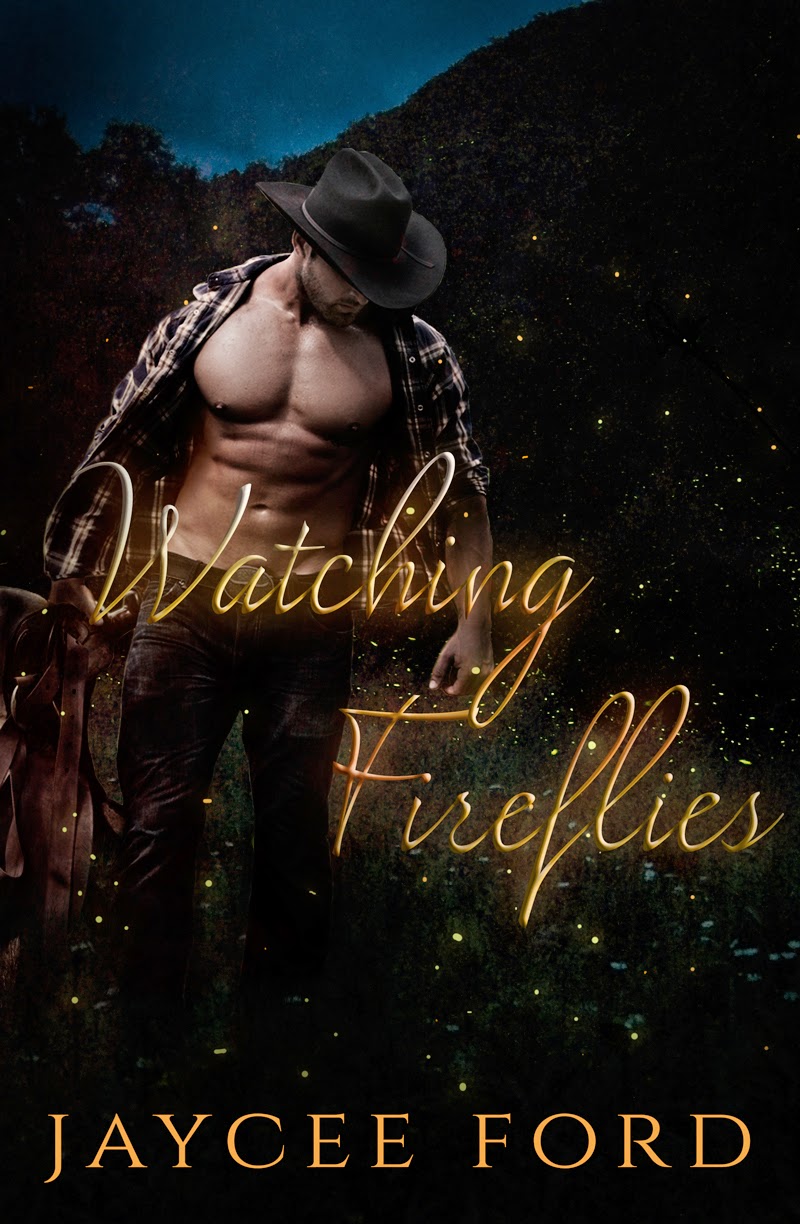 His hand caressed my cheek while his gaze flickered between my eyes and my lips. My heart
fluttered as it drummed an anxiously hopeful beat. What was happening between us was inevitable,
and there was no stopping the inevitable. Our breath intertwined just as his lips brushed against min.
My body almost lost all will to function as it hummed with need. His eyes found mine again as if
seeking permission to continue.


I wasn’t about to stop him. He leaned into me once again. I responded with a passion, a hunger.


My arms wrapped around his neck, dropping the bottles of beer onto the rug-covered floor. He pulled me flush against his body, and my fingers instinctively laced through his brown hair. My tongue swept against his lower lip; his gently massaged mine. The arms that wrapped around me engulfed me in a heaven that I never wanted to leave. My inner desires pooled within as a moan rose up, but I didn’t know if it came from him or me. 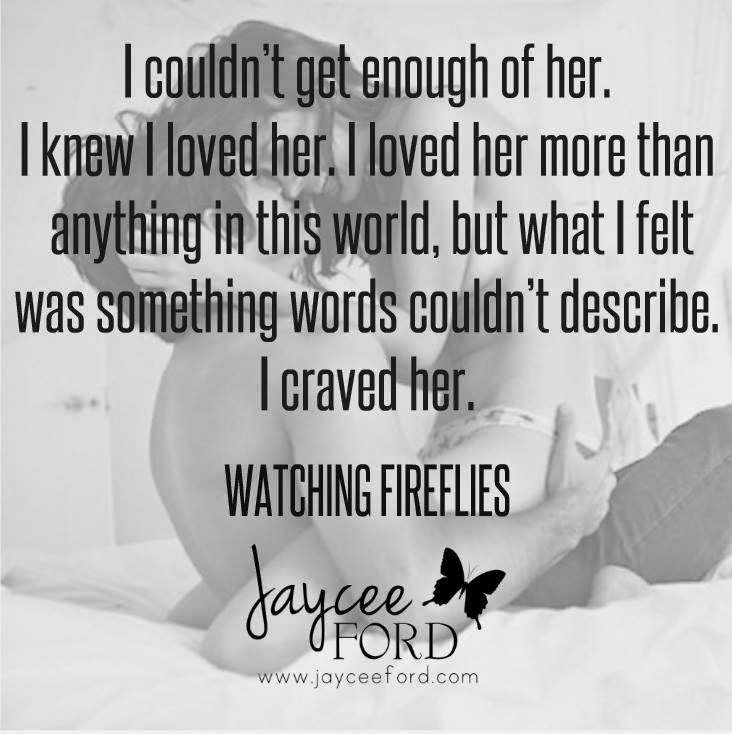 As much as I didn’t want to, I broke the kiss, and as we both inhaled deeply, he rested his forehead against mine and whispered, “Did you feel that?”


My body strummed with desire as my heart thumped an erratic beat. I exhaled slowly as my eyes remained closed, and I whispered, “Yes.”

Have you always wanted to be a writer or was this something that just sort of happened?
During my life, I always wondered what I wanted to be when I grew up. The occupations went from being a teacher to being an astronaut. We had a career day when I was seven. I dressed like a teacher and carried a child’s size briefcase full of pencils. By the end of the day, I was pencil salesman. Needless to say, I had no clue what I wanted to do with my life. When I entered college, I was torn between business and law. I graduated in History with no shot at law school. I realized early on in college that I liked beer and enjoyed beer pong and flip cup too much. Now, I actually work for a law firm in the accounting department. I realized here that I could never be an attorney. I don’t think I’m built for that occupation. I also hate to fly. So, being an astronaut is also out of the question. Oh, I actually did sales for a short time. That was horrible. I was a teacher for one year … disaster. Those poor children.
Essentially, I’m a History major that works in accounting … and I write romance novels.
How in the hell did that happen?
One day while I lived in the country, the hubster and I hit your every day chain restaurant. I was telling him about a book my sister let me borrow, and I don’t know how it happened, but I said, “I want to write a novel. A historical novel!” He continued eating, but I came up with an idea and I tried to research for it. Well, the research was harder than I thought and I had no clue where to start. I never did write that story, but I still filed away those mental notes on it for a “one day” sort of thing.
A few years went by, I moved back to the city, and I continued reading like any self respecting woman should do. A friend introduced me to Harlequin and I got wrapped up in the world of romance. My sister then loaned me another book. After I finished, I had a conversation with myself and I said, “There’s no reason why I cannot write a story.”
So, this is where it just happened. The hubster went fishing one day and I stared at a blinking cursor. I typed a sentence. Then, I typed a paragraph. Then, a whole chapter.
I’ll be damned. I wrote a chapter. 39,000 words later I wrote the Greatest American Novel!
No. Not really, but I had done it. And it all just happened … it also expanded to 70,000 words over the course of two more years.
The teacher, astronaut, business woman, attorney ended up writing a love story about a cowboy and a city girl.
I always knew that the profession didn’t matter as long as I did my best. I still work in accounting. Even though I would love to live by my pen, I still need to pay the bills.
I never dreamed of being a writer. I guess I am one. I couldn’t be happier with the places life sent me, even if I just imagined them in my head.


Jordan Hawthorne is excited. She has just completed her last exam and is heading home. She has landed her dream job and is going home early and will be able to surprise her fiancé. All is good in her life.  Unfortunately the surprise the she gets when she arrives home is not a good one. Her perfect life is now over, the cheating fiancé is no more, the dream job no more and she is running away to start over.
She accepts a job in a small town of and tries to start over. The people her are a little slower and she slowly fits in. She makes new friends. Aunt Ethel runs the where she is staying and is very welcoming. Her nephew Tom is the general handy man and after an embarrassing afternoon when he catches her naked in the tub he has come to fix, they too become friends.  Soon a little bit more than friends. It is a beautiful relationship as they watch fireflies in the night sky.
Soon however her idealic life is going to get a rude awakening as her ex-fiancé Ryan is spotted walking around town. He is asking questions about , where she works and where she lives.
This was a beautiful low key love story. The characters were well thought out and easy to love. I felt that will the slower pace country town, the characters were more real to life. I effortlessly connected with them. The author does a great job keeping the suspense with the spottings of Ryan going on. How easily he is able to sit down and have a beer with Tom as the local bar. Very scary. Will he be able to come into contact with ? We know that he has a history of violence, is in danger? These are very serious questions, they all need to be answered and the only solution is to read the story. I would rate this story a 5/5. I loved it. It was a truly beautiful read.
Posted by Unknown at 11:57